Bishnuprasad Rabha, one of the most celebrated Assamese icons of the 20th century is remembered every year on his death anniversary and the day is celebrated as “Rabha Divas”. It is great that we remember his talent as an artist, singer, lyricist, music composer, actor, litterateur; but are we made to forget that his true spirit lied in his political belief and message of “true freedom”? He played a key role in the Anti-British movements, but he had gradually lost faith in the (then) Indian Congress’s indifference to farmers, the poor and the downtrodden. He dreamt and strived of a classless society, inspired by Marxism and throughout his life, remained a people’s person. Arguably the most popular iconic figure of Assam during his times, his political belief and appeal have been, however let to be hidden conveniently in modern times. He is remembered more as the Cultural icon (Kalaguru) but did Bishnhu Rabha just stand for Arts?

It is not possible to celebrate an Icon like Bishnhuprasad Rabha in one web page where the attention span of the reader is barely a few minutes. But maybe we can look at some of the lesser discussed or spoken incidents of Bishnu Rabha’s life for a quick read as a tribute to the legend. Here are some of them:

The poem of two goats and being conferred as “Kalaguru”

Though Rabha is known for his communist ideology, he was initially inspired by Gandhi and actively participated in the civil disobedience movement of 1930. He was hunted by the British Authorities and for this, he had to leave Ripon College for Victoria College of Coochbehar. Even there, he continued his anti-government activities and wrote these lines on the wall, which became very famous in his times as it represented his fear that India’s freedom would only get transferred from the British Elites to the Indian Elites, with no difference to the plight of the poor.

[There are two sacrificial goats in the state/one black, the other white;/if you want the best for the people/then sacrifice both.]

In 1939, Bishnuprasad Rabha went to Kashi (Now Benaras Hindu University) for showcasing Kamrupi dance and to research classical music. There, Rabha performed a dance based on Krishna Leela, Dasavatar and Tandava in a celebration, where he was specially praised by the Vice-Chancellor of the University, Sarvepalli Radhakrishnan. Many historians argue that this is where he was first given the title “Kalaguru” by Sarvepalli Radhakrishnan. However recent research also claims that Kalaguru was bestowed on Rabha by senior journalist Bibhut Kalita in later years.

Rabha believed in equality in society and freedom for people from poverty and like Rupkonwar Jyotiprasad Agarwala, whom he idealised, believed that communism was the way to ensure correct freedom. He believed freedom should be freedom from capitalism, freedom from wage-slavery, freedom from poverty and all social evils. As such, when India became Independent on 15th August, 1947 he hoisted a black flag in Tihu, Assam and announced “Ye azadi jhootha hain” (This independence is fake). To him only the rulers changed and not anything for the nature of oppression for the common and poor people. His poem on this context is still relevant even today

[In the land of Majuli/out of starvation/a family is hacked to death;/On Shillong Road/you will see dear people, /land owned by the ministers.]

In modern times Ernesto “Che” Guevara, an Argentine Marxist revolutionary, physician, author, guerrilla leader has become a fashion symbol for today’s youth. They know about him, google him and wear Che-T Shirts with pride. But there was, right in our backyard, our own Marxist revolutionary – Bishnhu Rabha whom we continue to ignore.

Rabha, in his quest to bring true freedom for the people, had taken up arms and had become a guerrilla leader himself (till early 1950s, when he was captured and put to jail). During his underground years as a Revolutionary Communist Party of India (RCPI) rebel, Rabha remained underground and travelled across the length and breadth of rural Assam, gaining enormous popularity as a revolutionary artist. With a Gun in one hand and pen in another, he was popularly called ‘Xoinik Xilpi’ (the artist who took up arms) as well as “Sabyasachi”. Scared of his popularity the Assam Government had kept a bounty of Rs 10,000 on his head (Which was a huge amount those days!).  During his period of remaining underground, there are many popular stories which can become folk lore.

One such story is of 1st May, 1949 where ‘May Day’ was observed at Bhakotpara of Darrang district in 1949 where Rabha was delivering the inaugural speech in the meeting. Suddenly the police arrived and fired at the people, where one Katiram Bodo died instantly. The people started running here and there. Rabha, immediately disguised himself by wearing a headdress made from his torn clothes and carrying the dead body in his arms he silently escaped much to the bewilderment of the police. He was not someone who would leave a dead comrade behind.

In another incident, Bishnu Rabha, along with 13 of his comrades, was travelling to Burhi Khowang to attend a secret state level summit of the Revolutionary Party. In Jorhat district, there was strict patrolling of the military to check the activities of the communist revolutionaries and there was no way to get past the military. Bishnuprasad Rabha used a simple tactic. He disguised himself as a military officer and while passing through the security check-gate the military-men saluted him, thinking him to be a true officer! On the way back, the group disguised as members of a groom’s marriage party and so the police did not catch them. Rabha displayed qualities of bravery, courage apart from love and compassion.

Little is spoken about the fact that he had donated more than 2500 Bigha of ancestral land among landless farmers. A sharp contrast to today’s politicians who would just do the opposite.

In 1962, during the Chinese aggression, the Indian Government considered Rabha as a potential threat because of his communist ideology and he was arrested under no charges under the Preventive Detention Act. Rabha’s legs were chained and was dragged along the streets of Tezpur as a mark of humiliation. He was later imprisoned in the special cells of Behrampur Jail in Orissa. Despite this mistreatment, most of the middle-class Assamese people had distanced themselves from him (A trend seen even now with peasant leaders branded Communists).  In fact, throughout Rabha’s lifetime, most Assamese periodicals did not even publish most of his works, including discussions on them, the only exception being Amar Pratinidhi, edited by Bhupen Hazarika. Bhupen Hazarika, who had even met Rabha in Kamakhya hilltop during his underground days was a great fan of Bishnu Rabha. When Rabha died, Bhupen Hazarika published a special issue on Bishnu Rabha’s life and works but Rabha continued to be ignored by institutions and the middle class for several years even after death.  In fact there was not a single instance of a condolence meeting being organized by cultural groups including the Asom Sahitya Sabha on 20 June 1969 on the day of the death of Bishnuprasad Rabha. In current times, even Asom Sahitya Sabha rightly shows interest in observing ‘Bishnu Rabha Divas’ whereas during his lifetime, Bishnu Rabha was sadly, never invited to attend the summits of the Asom Sahitya Sabha.

However, during the 1979-85 Assam Agitation, the use of Bishnuprasad Rabha as an icon of Assamese nationalism peaked once again. The Assam Agitation leaders despised the communist parties for taking a different stand during Assam Agitation (The leftist leaders were said to have pointed that more than lands occupied by Illegal Infiltrators, there was land occupied by landlords which also needed to be eradicated for the sake of the poor and landless), but the same leaders of the Assam movement associated their ideology with the ideology of Bishnuprasad Rabha; keeping themselves clear from Bishnu Rabha’s political (communist) ideology though. They focused on his characteristics as a nationalist artist, a literary person and Kalaguru.

In fact in subsequent years, when the government noticed the increasing popularity of Rabha (and also Jyotiprasad Agarwala) amongst the youth of Assam, it started celebrating the birthdays and death anniversaries of the two personalities as cultural festivals. It is good to see that today songs of Jyoti and Bishnu have become cult with a form of music by itself (Jyoti Sangeet and Rabha Sangeet). Today in Assam, many households, offices, hotels, and shops like to hang or showcase a framed photograph of Bishnuprasad Rabha. But most are not aware of the contributions of Bishnuprasad Rabha to Assam, except the fact that he was a celebrated figure of Assam.

A research paper published by Tezpur University a few years ago cited “ In context of the North East of India, a hotbed of identity politics, there is a need here to understand the intricate connections between ethnicity, the politics of indigeneity and iconization. The iconic figure of Bishnu Rabha is shaped both by ethnic stereotypes as well as by ‘universal’ ideals of heroism. He is simultaneously projected as a ‘tribal’ and as an enlightened leader of the masses, glossing over the contradictions that arise from these two images”.

Today, we tend to remember the legend judging him mostly through his excellence in art and culture, but forget the message of his life, his ideology. He drew inspiration from the masses and acted as an inspiration to the masses.

As rightly mentioned by Dr. Hasinus Sultan in the essay “Bishnu Prasad Rabha : A Revolutionary Artist amongst the Masses” (published in the Hill Times), “At a time when Assam is ominously engulfed by ethnic differences and when corruption is endemic in every walk of life, Bishnu Prasad Rabha’s life and ideology can indeed go a long way towards inspiring us to root out the stumbling blocks that stand in the way of harmony and cripple our progress. To ensure this, we need go beyond just organising Bishnu Rabha Divas once a year to delve deeper into the true spirit of the oeuvre of Rabha’s artistic creation. It is in this way that we can make the best sense of Rabha’s life and ideology” 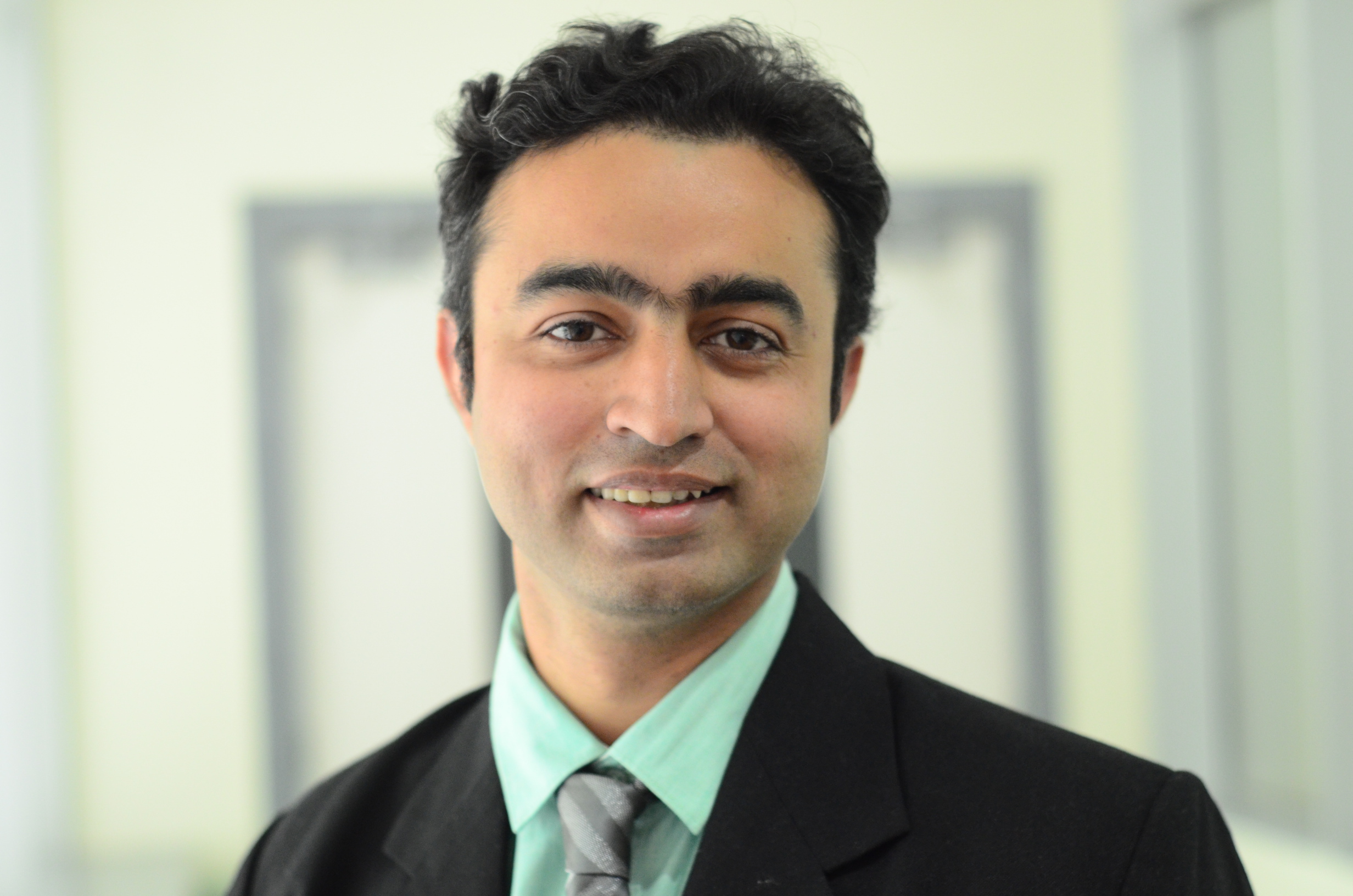 Priyankan Goswami is an Assamese residing in Pune. A professional in the field of Global payroll and Compliances, he likes to brag about his motherland Assam, travel , daydream and crack jokes. He sometimes likes to think he can write too and tries his hand!